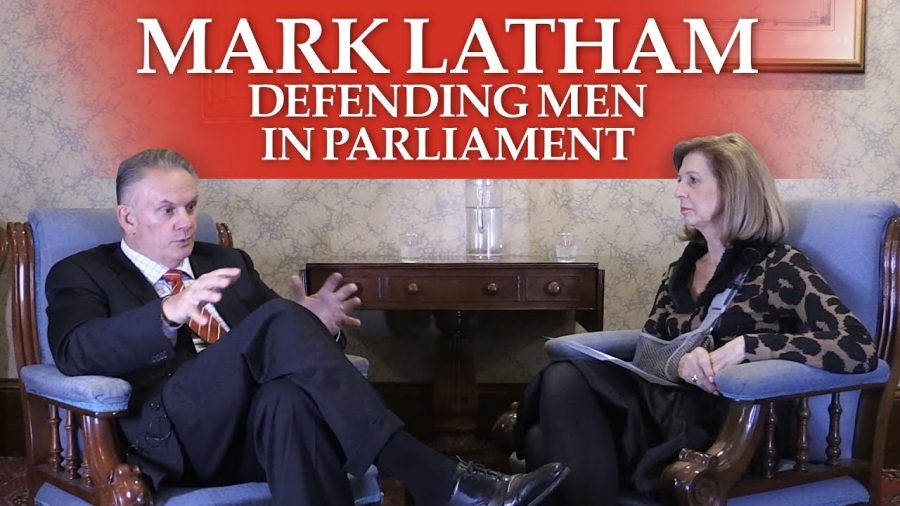 Finally I have produced a new video where you will see me complete with my arm in a sling, in recovery mode following my cycling accident. A real battered woman!

The video was filmed in the NSW Parliament House where I interviewed Mark Latham following his recent election as a member of the Legislative Council. Mark is one of the few parliamentarians in Australia willing to speak out about feminist lies and the demonisation of men. He deliberately made the decision to shift from Federal to State politics because he is very concerned about what is happening in schools and other areas where identity politics is influencing government and social policy. He is very keen to ask tough questions and put important issues on the parliamentary agenda and I think will be wonderful to have him out there exposing what is happening to men in Australia.

We talked particularly about domestic violence where he has done a brilliant job challenging the misinformation being promoted by the huge anti-male propaganda machine working in this area. But Mark is also very concerned about many of the other issues I write and talk about, including AVOs and false accusations of violence, bias against men in family law decisions, gender quotas, and the other rubbish dominating the gender warriors’ campaigns.

He is keen to have evidence of the corruption that is occurring in our biased legal and social systems so please contact him if you have proper information he might be able to use in his efforts to fight the good fight.