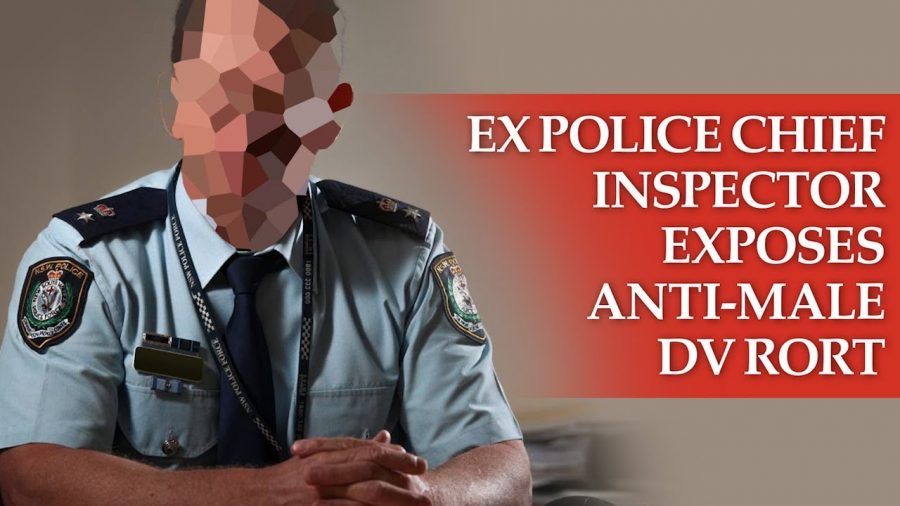 I am very excited about my recent video interview with a retired chief inspector from the NSW police force who contacted me because he was so concerned that domestic violence restraining orders are being used to empower women and destroy men. He says this rort is widely known to be corrupting our judicial system – police know it, magistrates hate it, lawyers use it to advantage their clients.

I’ve been following this issue for decades and I think it is the first time a policeman has spoken out about this – although I have had many contact me who were too nervous to talk publicly. We have kept his identity hidden and disguised his voice to protect this brave man who is blowing the lid on this huge scandal.

As a post-script to this story, last October, Augusto Zimmermann, a law professor and former WA law reform commissioner, was asked to speak to the Police Union about his concerns about the misuse of domestic violence restraining orders. Augusto has been a brave campaigner against West Australia’s greatly expanded domestic violence laws which give enormous power to women to ruin men’s lives with false accusations.

But when the time came to give the speech, the organisers had lost courage and he was slated to talk about free speech. He still took the opportunity to talk to the police officers about domestic violence, explaining how free speech on this topic is being muzzled. Having had prior experience teaching police officers in Rio de Janeiro, Augusto was well-equipped to speak about the role of police as enforcers of rights in a community. He explained our police are currently being placed in an invidious position, denied their rightful role as protectors of the innocent and punishers of the guilty and instead, used as instruments of oppression in a corrupt system.

Tough words which clearly resonated with the boys in blue, who are doing the dirty work for the feminist-led campaign using domestic violence laws to empower women and demonise men.