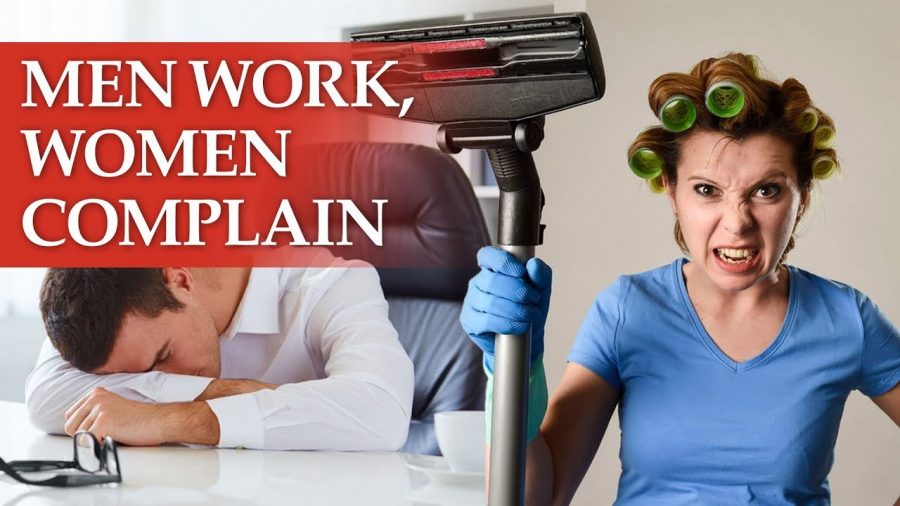 Of course, I am not suggesting all women are a bunch of slackers. I’m just letting off steam about a topic that has driven me crazy for decades – the constant whining about the unfair burden of women’s second shift. How often do you see media stories talking about exhausted women carrying an unfair load of housework and childcare whilst lazy men benefit from their labours?

This is one of the favoured themes of modern feminism but like most of their complaints, it’s a load of hogwash. The true picture is very different. In Australia, the US and many European countries, research clearly shows that overall men and women contribute equally to households, if you add together paid plus unpaid work.

My little video gives you all the data to prove it. This is the first of what I plan as an occasional shorter video – a quickie for those of you who prefer things short and sweet.

Please help me promote it. I’d love more subscribers if you haven’t yet signed up. It really helps me get better promotion from YouTube where I am really up against it with constant bans on advertising and hiding of my videos. Telling the truth about feminist lies makes me very unpopular with the PC folk who run the site.